Well you better see it. 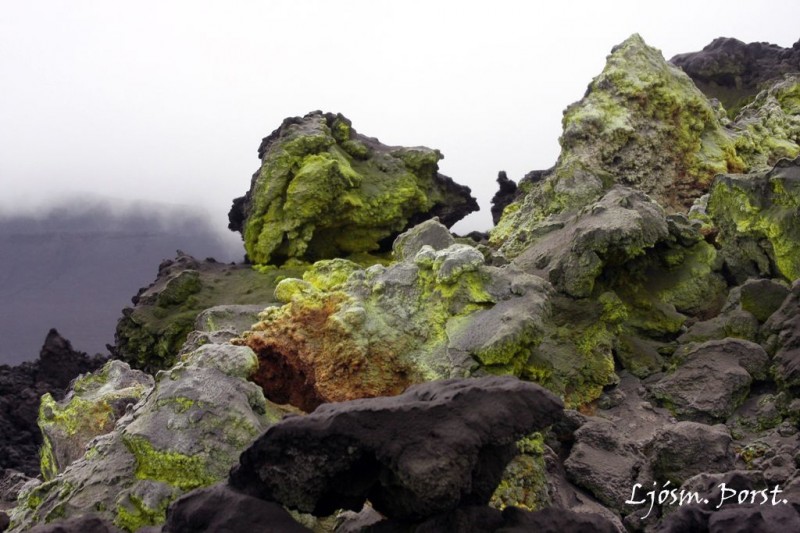 Last weekend we sent an expedition up to Fimmvörðuháls to check the situation there. They said that was a bit heavier but only because the ash is preventing the snow to melt in some places so there are more snow-covered places on the trail than are usually on this trek. The ash is tight so it becomes hard which makes it not difficult to walk over. They also marked a new trail through the new lava. I attached a photo of some of the new lava. Photographer: Þorsteinn. © UTIVIST

The story has started at Lonely Planet forum:

We are going to hike from Skógar to Þórsmörk and to Landmannalaugar in the late of June/ first of July.
Just wondering if those trails are will be opened?
I heard about layer of ash covered Þórsmörk, how safe to go there?
And is there any information about changed Fimmvörðuháls trail which was need to be remarked due to the eruption?
Did the Fimmvörðuháls trail became longer, is it still passable in one day?
Maybe it’s possible to download new Fimmvörðuháls GPS-track if it available?

Further discussion in Russian in my blog as well (переписка по-русски на тему “Ехать или не ехать…и в чем?)
In spite of all troubles and challenges people at Utivist did the impossible (not for the first time although) – and the route is back in operation!

PS. Buses are going to Thorsmork as scheduled.